How often do your parents have visitors? Do they spend weeks at home alone without seeing or hearing from anyone else? If you live too far away to visit often, it’s hard to know if they’re feeling isolated or lonely.

It’s important to make sure they don’t feel socially isolated. Being alone and lonely impacts their physical, emotional, and mental health. Here’s what different studies have found. 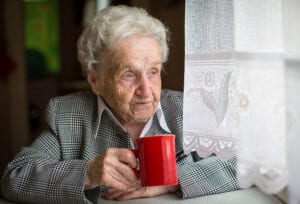 More concerning was a study of male and female monkeys who were kept isolated from others. Those that were isolated from others ended up with higher blood sugar and cholesterol levels. Those started to impact cardiovascular health. Additional studies found the same patterns in other mammals subjected to isolation and loneliness.

A 2012 U.S. study looked at 2,101 adults over the age of 50 for six years. The study found that people who admitted to being lonely had a higher risk of depression. They also reported having poor health more often than people who remain social.

The study went on to find that more than 10 percent of the participants passed away before the study ended. Of those cases, those who were lonely tended to have common habits like smoking, frequent alcohol consumption, and lack of exercise.

Other studies have found similar patterns. A 2017 study found that cancer patients who felt lonely were more likely to become depressed or lose their battle against cancer.

Back in 2015, a study in Perspectives on Psychological Science looked at social isolation as an indicator of health. The researchers looked at the medical records of patients between 1980 and 2014. It found that people who are constantly isolated and lonely seem to have the same well-being levels as someone who smokes half a pack of cigarettes every day.

A 2013 British study of 6,034 older men and women over the age looked at their cognitive function over four years. The study looked at cognitive decline at the start of the study, halfway through, and at the end. The study found that those who admitted they were socially isolated and lonely had more decline than those who had active social lives.

How do you make sure your parents are not isolated or lonely when you live hours away? Arrange elderly care services with our local home care agency. Your mom and dad can have caregivers stopping by for afternoon chats, help with housework, and rides to stores. Call our elderly care agency to make arrangements.