Alzheimer’s is the type of the disease that can change a person. There’s no cure for it at the moment, though there may be some positive indications of better treatment options. One of the key signs and symptoms family and friends need to keep in mind when somebody they love is diagnosed with Alzheimer’s is a change in behavior.

Often these behavioral changes have absolutely nothing to do with the inherent nature of the individual, but rather the way the disease attacks and affects the brain. 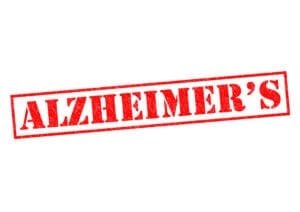 Just because an adult child or spouse, for example, has been looking after this aging senior for a number of years, that doesn’t mean the person with Alzheimer’s won’t become verbally or even physically aggressive.

The memory loss these men and women experience as a result of Alzheimer’s can cause intense confusion and fear. Imagine waking up one afternoon from a nap, having absolutely no recognition of your surroundings and wondering what in the world is happening.

It’s during these lapses in memory when a person has no idea they are actually dealing with a devastating disease like Alzheimer’s. They might honestly believe they’re in their 20’s and have been kidnapped.

You suddenly walk in because you heard them stirring and wanted to check on them, and they scream at you. They call you names. She might even pick up the lamp and chuck it at you, curling into the corner of her bed, screaming and wailing and begging for help.

How will you react in those moments?

Even though you had heard about these tendencies associated with Alzheimer’s, you will likely be woefully unprepared when they actually happen, mostly because they will happen first at the seemingly most unexpected times.

You might be called names, accused of stealing, and you may even hear language you never thought this aging senior knew, but there it is.

If you react in the naturally instinctive defensive way most of us do, you may lash out at them, too. That is the wrong thing to do, which is why it’s so important to not just understand information about these potential changes, but how best to deal with them.

A homecare aide is often the best option.

Never underestimate the value an experienced homecare provider can offer, especially in situations just like this. Homecare providers who have worked with other seniors diagnosed with Alzheimer’s will know what to expect, have seen it firsthand, and possess the right skill set to calm the situation down and make sure the senior is safe first and foremost.