What do you really know about Alzheimer’s disease? Many people associate it as a disease the elderly face. While the elderly are more likely to develop Alzheimer’s, it can happen at any age. The average age of onset is 75. Does that mean everyone is 75 or older when they learn they have Alzheimer’s? No. There are many younger people being diagnosed with early-onset Alzheimer’s. 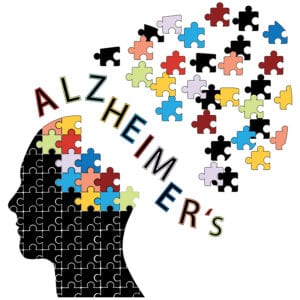 Elderly Care Crestline OH – Alzheimer’s is a Disease for the Elderly, Right?

What is Early-Onset Alzheimer’s Disease?

At the age of 30, a British man was enjoying the birth of his twins. All was looking well until he lost his job because his bosses said his work was not up to par. A trip to the doctors led to the news that he had Alzheimer’s. His dad had also had Alzheimer’s in his 30’s and passed away at a young age.

There Are No Guarantees

When a parent is diagnosed with Alzheimer’s, it’s important to make care plans as early as possible. You need to sit down with your parent to get legal paperwork in place that says what your mom or dad would want in terms of feeding tubes, breathing tubes, or resuscitation if the heart stops. You should have a medical power of attorney drawn up.

You also need to talk about home care services. Family members may have the best of intentions, but caring for a parent with Alzheimer’s is incredibly hard. It’s frustrating, sad, and emotionally challenging. You will need breaks. Elderly care services help give you the break you need to recharge mentally and physically.

There’s one more thing you need to consider. If early-onset Alzheimer’s is diagnosed, you’re likely still going to be in school or working to build your retirement. If you drop everything to provide the care your parent needs, you could be putting your own retirement at risk.

If you’re not saving any money for retirement, are you really prepared to work for the rest of your life? Elderly care services allow you to be there for your parents without sacrificing your future. Call us now to discuss Alzheimer’s care.